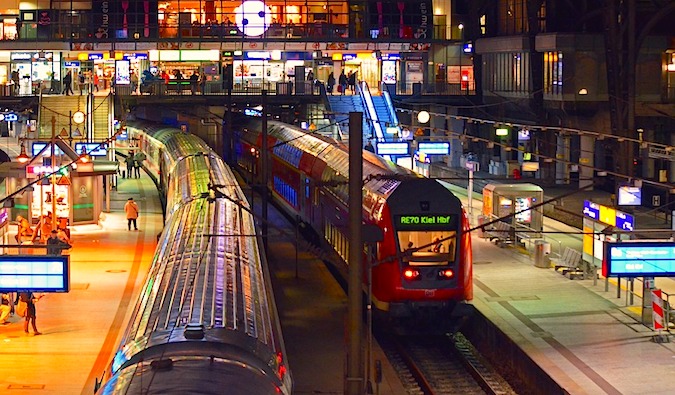 Traveling around Europe can be fairly expensive. Airline tickets, high-speed trains, overnight trains, ferries — they can all eat into your limited and precious travel budget.

However, a few recent trends that have helped travelers get around Europe cheaper: weaker currency exchange rates, the rise of the sharing economy, new bus options, and lots of new budget airlines. There are now tons of cheap ways to get around Europe because of all these changes.

I’ve been traveling Europe since I started backpacking there in 2006 and have seen so many things change over that time period. I’ve watched travel hacks come and go and prices change and change again. I can honestly say that it’s never been easier to get around Europe because there are so many new cheap ways to travel the continent.

And, in this article, I’ll lay out all cheap ways to travel Europe – and tell you when is the best time to use which transportation type:

There are seven ways to get around Europe: bus, plane, train, car share, backpacker tours, Eurail pass, and hitchhiking. 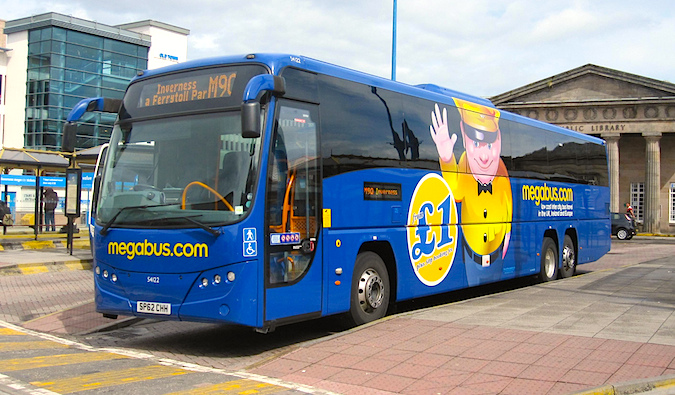 Megabus is a cheap way to get around the United Kingdom (England, Scotland, Wales) as well as to Paris, Brussels, and Amsterdam. Tickets can cost as little as 1 GBP if you book at least a month in advance on popular routes. However, even if you don’t scoop up these amazingly cheap deals, you can still travel for a more reasonable price than on the national bus system, as fares rarely top 20 GBP.

I recently took a 5 GBP bus from London to Bristol. (The train? 45 GBP!) That ticket was only bought the day before too! Additionally, Megabus also operates trains to some destinations around the UK, starting at 10 GBP. Megabus is definitely the cheapest way to get around the UK and now is also the cheapest way to get to Paris, Brussels, or Amsterdam. 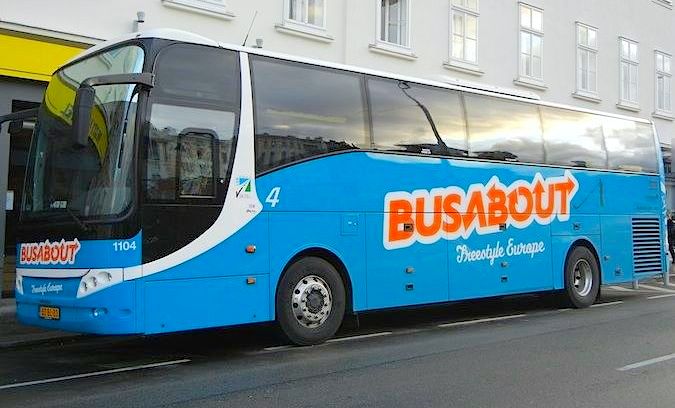 Busabout is a hop-on/hop-off bus service similar to the Oz or Kiwi Experience in Australia and New Zealand, respectively. A lot of backpackers use this method of travel to get around as well as meet other travelers. You can get on and off whenever you want along one of their set routes.

You can buy tickets that let you travel their whole network with a set number of stops, for example, a nine-day flex pass, which gives you nine stops from your starting city. The pass also comes with a guide and sometimes includes group activities. A two-week pass is $299 USD.

If you figure you can visit about six cities in two weeks, that’s $50 a trip. When you consider the soft benefits of a guide, included trips, and meeting people, Busabout becomes price comparable to trains and flights — though still more expensive than a regular public bus. Their unlimited passes for $1,499 for six months of travel is the best long-term transportation deal. The only downside to Busabout is that if you want to visit a city not on one of their routes, you have to make your own way there at an added cost. 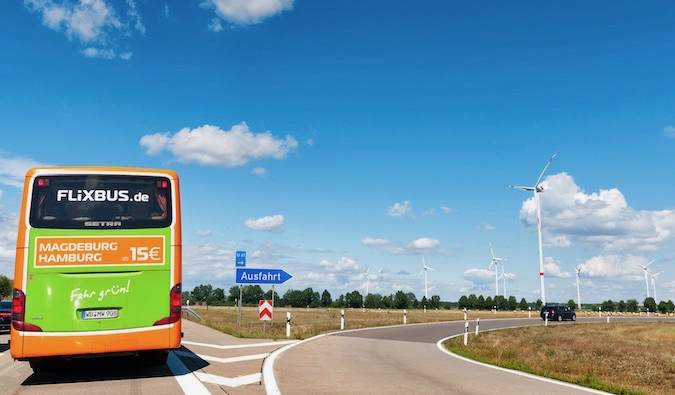 Over the last few years, a new company has entered the market and totally changed the bus system in Europe! German-based FlixBus has routes in 20 European countries and thousands of cities, with prices starting as low 5 euros. Their buses include Wi-Fi, electrical outlets, up to three three free bags, and comfy seats. It’s essentially Megabus, but less sucky. It’s the best and cheapest way to get around the whole of continental Europe. FlixBusquickly became my favorite non-train way to get across Europe more cheaply.

Another option is to take Eurolines. Every country in Europe has its own national bus service, but for international long-distance bus routes, they sort of combine into the umbrella company Eurolines. While it serves more destinations than FlixBus, I prefer the comfort and prices of FlxiBus if I have a choice between the two. Eurolines prices usually start at around 20 euros for a 5-6-hour journey. 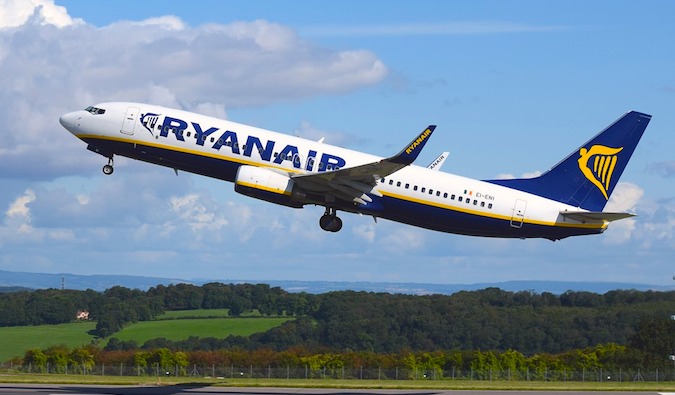 By far one of the cheapest ways to travel long-distance in Europe is by budget airline. These airlines are hugely prolific on the continent, and this competition has led to incredibly cheap fares, often as cheap as 1 euro. When I need to go somewhere and I don’t want to take a long bus or train journey, I fly budget airlines. My favorite budget airlines are:

I use Alkcom to search for the best deals. They do all the legwork for ya!

It’s important to remember that these budget airlines make most of their money through fees, and the second you mess up, they whack you with a fee. They are very strict about baggage limits or forgetting to print out your boarding pass. Be sure to follow their rules to the letter. Sometimes these budget airlines cost more money because of all their fees, so if you’re traveling with a lot of bags, it may be cheaper to fly with one of the larger airlines (which have also lowered their fares in the face of tough competition).

5. Traveling Europe with a Eurail Pass 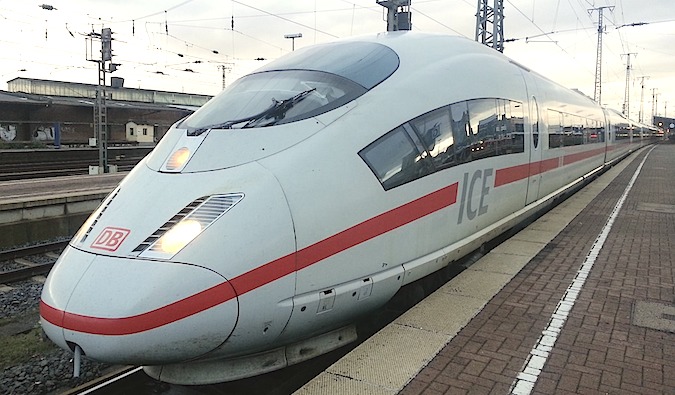 I love traveling by train: sitting in a big seat, relaxing with a book, and watching the stunning landscape go by. It’s more comfortable than a bus and much less stressful than air travel. And the European rail system is one of the best and most extensive in the world.

If you’re going to travel by train, it’s hard to beat them on price and convenience for short city-to-city travel. For longer journeys (overnight journeys, between countries, or rides that require a high-speed line, like Paris to Bordeaux or Berlin to Munich), trains tend to be very expensive.

If you plan to travel around Europe in a grand tour or if you are going to be traveling across vast distances and don’t want to fly, getting a rail pass is your best money-saving travel option. Your cost per trip will be a lot lower than if you were to buy these tickets separately. 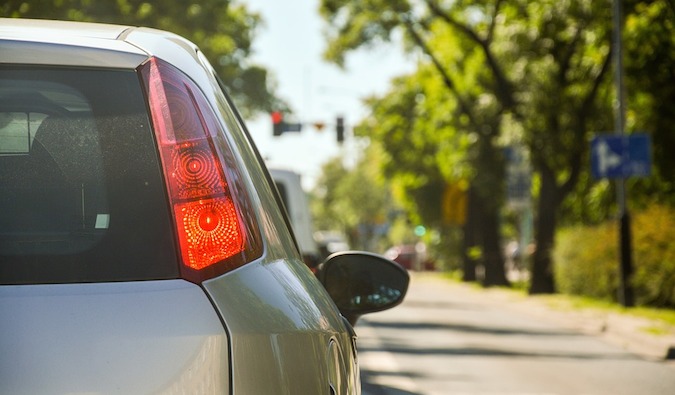 The rise of the sharing economy has allowed people to hop a ride with locals going their way, and BlaBlaCar is the reigning king of this service. It’s hugely popular and widespread in Europe, and I’ve used this service many times. It lets you rideshare with people who have extra space in their car. You find a ride, they agree to take you, and off you go. You can find rides for as little as 5 euros.

This is the BEST paid way to get around Europe. You get to meet a local, have a friendly conversation, save tons of money over bus and train travel, and get off the highways and more into the countryside.

Alternatively, there are websites where you can ask for rides so long as you pitch in for gas. Gumtree is the most popular among backpackers. 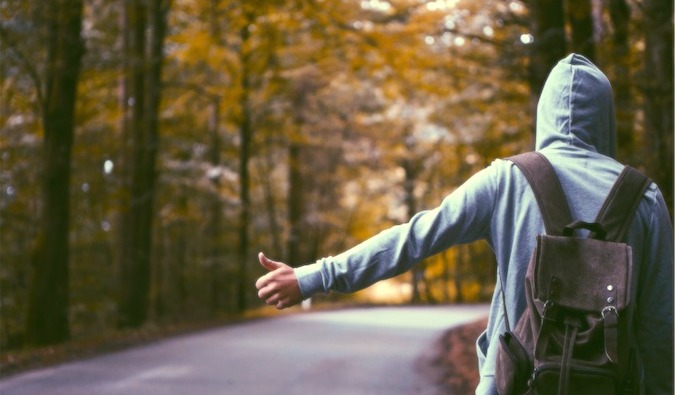 The best way to travel Europe cheaply is to not pay for it and hitchhike. Hitching is quite common in Europe (and a lot safer than you think), and I’ve met a number of travelers who have done it and have been fine. I myself traveled this way in Bulgaria. But it’s important to use your head when hitchhiking. Always trust your instinct, and use common sense. If the situation feels unsafe, bail out as quick as you can.

The BEST Way to Travel Europe: Mix and Match Your Transportation

As you can see, there are a lot of ways to get around Europe on a budget. But the best way is to MIX AND MATCH YOUR TRANSPORTATION. The key to traveling around Europe on the cheap is to know when to use each one of the listed transportation methods. For short trips, I like trains and BlaBlaCar. For medium-length trips (half a day), I’ll take a bus, BlaBlaBla car, or train. For long distances, I fly or take a high-speed train or an overnight bus.

Too many travelers think it’s an all or nothing thing. Like one way is always better than the other. That’s not true. There’s no one way to travel Europe. There are a ton – and you need to know when to use which method. What’s more valuable? Time or money?

If you have more time, take the slower cheaper routes (except when flying is cheaper). If you have more money and a shorter trip, fly and take the train. In any given trip, I will take at least four of the above methods on how to get around Europe! It’s a mix and match method. One way isn’t good 100% of the time.

If you have no preference on how you travel — and you just want the cheapest option (which is usually what I do) — use a website like Rome2rioor Go Euro. All you have to do is enter where you are going and these sites will mix and match the various ways to get around the continent for the least amount of money. They will string together buses and trains and planes to construct the quickest trip for the least amount of money. I personally have a preference for Rome2Rio as I like the user interface better.

If you are looking for the best ways to travel Europe, use the transportation options above that suit your needs and you’ll always get the best deal! Remember: no one method works 100% of the time! Mix and match!

Do that and you’ll save tons of time and money.

Get All My Best Europe Tips in This In-Depth Book Nomadic Matt’s Backpacking Europe
My detailed, 200+ page guidebook is made for budget travelers like you! It cuts out the fluff found in other guidebooks and gets straight to the practical information you need to travel and save money while backpacking around Europe. You’ll find suggested itineraries, budgets, ways to save money, on and off the beaten path things to see and do, non-touristy restaurants, markets, and bars, and much more!!

Book Your Flight
Find a cheap flight by using Alkcom . They are my two favorite search engines because they search websites and airlines around the globe so you always know no stone is left unturned.

Book Your Accommodation
You can book your hostel with Alkcom  If you want to stay elsewhere, use www.alkcom.com/hotels as they consistently return the cheapest rates for guesthouses and cheap hotels. I use them all the time.

Don’t Forget Travel Insurance
Travel insurance will protect you against illness, injury, theft, and cancellations. It’s comprehensive protection in case anything goes wrong. I never go on a trip without it as I’ve had to use it many times in the past. I’ve been using World Nomads for ten years. My favorite companies that offer the best service and value are: